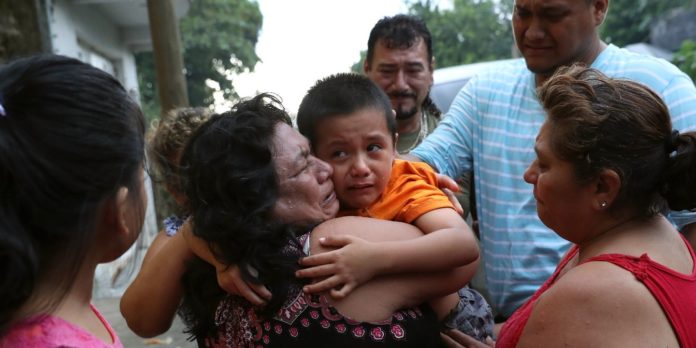 Human solidarity is at risk. Undermined by a globalized capitalism that exploits the earth and its inhabitants, sets peoples against each other and constantly worsens the climate crisis, it’s no longer the priority of our leaders. Nevertheless, 300 million human beings (twice as many within a decade with climate refugees) are on the roads, forced to leave their countries, most of the time in conditions of extreme adversity.

Of these, a third flee to save their lives. The « endless wars » that plague the planet affect civilians in Syria, Palestine, Colombia, Honduras, Sudan and elsewhere. Many dies on the way, killed by militias or state forces that are totally insensitive to rights. Those who reach refuge sites or cross dangerous borders are condemned to survive in precarious conditions. The entire State and multinational system in place are designed to « manage » these flows and not to solve them. Worse still, the logic of the system that separates the « good » from the « bad » refugees discriminates, criminalizes and punishes. The humanitarian workers who are at the heart of these practices, particularly at the United Nations, are often themselves the victims of this inhuman system.

The tragedy of refugees must not make us forget the disastrous situation of « ordinary » migrants. People who leave their families, their homes, their jobs, because they have no choice. Human beings who are aware of the sacrifices that await them and who decide to assume them in an attempt to offer their children a future. In most of the countries that receive these migrants,  » hospitality  » is deficient. In certain situations, such as the Gulf petro-monarchies, they live in conditions very close to slavery. Elsewhere, the general tendency is to violate their fundamental rights and confine them to precariousness. Whether in terms of access to the labour market, housing or the health system, systemic, formal and informal discriminatory practices target migrants. Some are finally accepted because they have high technical qualifications, which accentuates the « brain drain » that impoverishes countries of origin.

Despite everything, in the host countries and along the borders of these migratory flows, in Central America and Mexico, on the shores of the Mediterranean, in conflict zones such as Syria, Kashmir or Colombia, some people are certainly in danger, but others are helping them. These invisible people are symbolically very important. They embody the denial of the unacceptable. They are the wall of human solidarity against barbarism.

These local actions are limited, due to the lack of resources in the face of the immensity of human tragedies brought about by these migratory flows. But they are a powerful leaven of hope and it is on the basis of these practices of solidarity resistance that civil society can organize itself to oppose a human logic of openness and hospitality, anchored in simple gestures such as a hand reached out, to the cold logic of closure and exclusion of governments that retreat behind their armed forces.

We take the opportunity of the World Social Forum on Migration in Mexico City to affirm our shared humanity and our willingness to act together to build true solidarity with migrants.

With this in mind, we have four priorities:

Proposals for action (to be discussed at the Mexico City activity):

Work could begin at the continental level, particularly around the urgent need to coordinate struggles to protect Central American migrants. We could organize a « continental caravan day » that would mobilize, at the same time, from Tegucigalpa through Mexico City, Los Angeles, Chicago, New York, Toronto and Montreal the migrant defense groups and their supporters.

Action week for farmers, local resilience and against free trade:

Organizing a week of actions by and for farmers across the Americas would be an interesting challenge. This would make it possible to relaunch the fight against multilateral and bilateral free trade agreements aimed at strengthening the economic and political power of the wealthiest, with an emphasis on defending peasants, both those who are expelled from their lands and those who aim to protect peasant agriculture, as well as setting up a concerted aid programme for the survival of local communities and the preservation of their territories.

Like the Palestinian-led BDS campaign, and in the wake of the Black Lives Matter movement in the United States and Idle No More in Canada, we could organize symbolic actions and civil resistance movements, identifying privileged targets, including extractivist companies or particularly repressive governments.

Such a strategy cannot be built quickly and must involve a large number of entities in a creative way. Major moments of anti-globalization gathering and mobilization, such as the thematic global social forums, could be used to increase and intensify exchanges, with the help of a competent and light secretariat, in Mexico City for example. All this could lead to a World Social Forum around 2020 or 2022, both to channel the work done by themes and regions, and to put the WSF back on track as a space for deliberation and exchange focused on action and resistance. 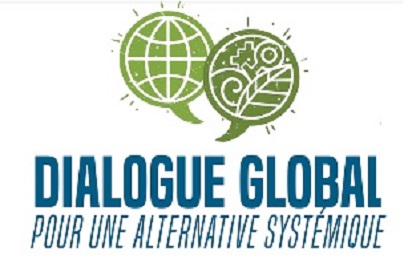